I am appalled at the violence I watch on TV. Almost every chapter - hair pulling, boxing bouts, firefights, vicious words- occur in the scenes. It could not be denied that these scenes are being absorbed tremendously by children and the youth. ( I saw one kid, pulling the hair of another and saying: " I am Angelica."

The programs portray that we should repay violence with violence, maltreatment with more maltreatment, and that there are no other non violent methods to settle disputes or misunderstandings, when there are several peaceful settlements. 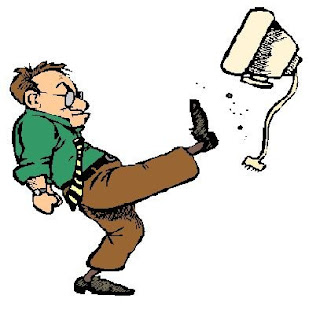 I am certain the TV programs will still rate high with other non violent series, under an able director and writer.

We claim to belong to a Catholic nation but, vengeance and "a tooth for a tooth" doctrine is promoted through our TV series. "Vengeance is mine," said the Lord.

This seems like a trivial concern amidst the ZTE scandal, but it is not! We must remember that the "youth is the hope of the fatherland" - as stated by our national hero. The minds of the young are greatly influenced by what they see and hear through our media , TV, radio and written material. TV is evidently the method that has the most influence on the youth.

Join me in my crusade for non - violence on TV . Sign the message board and be one of the many who have the same sentiments. Let's make them aware that we have noticed.
Posted by Jena Isle at 10:02 PM

Labels: A call for non-violence on TV

Jean Walker,
I feel the same way you do about violence on tv. It is disgusting, appalling, and down right scary.Violence in general is all over the place, not only on tv, but video games and songs as well.(I watched part of a reality show the other night which the characters were screaming at each other and soon became a full blown assault. At that point, I flipped to a different channel.) Kids see violence on tv and their video games every day, and probably think it is normal behavior. You know the phrase, "MONKEY SEE, MONKEY
DO"? I rest my case.

Amen to that. It's a jungle out there.