Don't worry about your name being in the Guest Book. I can assure you it is impersonal and you will not be asked about and for anything. This is just to show that people around the globe share the same sentiments with me. Thanks for signing in. 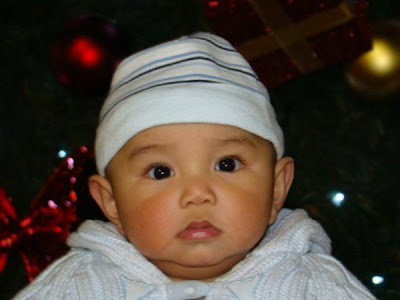 I am reading a book right now entitled “Critical Readings: Violence and the Media” edited by Weaver and Carter (2006) and my belief about the effects of media - especially TV on children - have been all the more confirmed.

In one chapter, it talked about one study that was conducted involving 96 children (48 males, 48 females), just under 3- 5 years old. The purpose of the research was to determine the effects of viewing acts of aggression on children. The children were exposed to various types of violent behavior (physical and oral). The first group were shown a physically present person who was verbally and physically violent towards an inflated doll. The second group watched a 10-minute color- film on television demonstrating the same behavior. The third one viewed a cartoon show (complete with cartoon music) , in which a cat exhibited the same aggressive, violent behavior. The fourth group was not subjected to any of these and acted as the control group.

After the exposure, the children were then deliberately subjected to stress, by the removal of their toys and were then observed for any aggressive behavior.

It was discovered that “Exposure of humans on film portraying aggression was the most influential in eliciting and shaping behavior.” ( Weaver et al, 2006 p. 28)

What a very significant finding! Volumes and volumes of researches and studies have been conducted for years and years, and even recent findings , proved more so - that indeed- programs on TV portraying violent human behavior have a vital influence on children.

When will the bigwigs in the TV industry listen to this plea? A massive campaign should be launched to make people aware of this fact - especially those in the entertainment industry.

The quotation: “ Evil proliferates because good men do nothing,” can be applied in this case.. The repercussions may not be seen visibly in this generation but will definitely surface in the generations to come.
.
This is a plea for your support. Help me in my campaign! Do sign the guest book!
Posted by Jena Isle at 6:09 PM

That is a fascinating article and well written. I have long believed that children are shaped by what goes on around them when they are young and vunerable.

Yes, capybara, you're right. Children are shaped too by what they see and hear around them. Thanks for dropping by. Happy blogging!

Thanks for sharing this info. As a mother of 4, bringing up my kids without the bad influence of any type of media is important to me.
Great Job on the Campaign for non violence on TV. Lets hope there is a positive impact thru this.

Bubbles, thanks for being one with me in this campaign. Parents should know the negative impact of violent TV programs and should make their voices heard. I hope eventually we will succeed.

i always believed in that rilke poem... "the child bent, becomes the bender." sometimes i do see in myself, learned behavior from my parents and siblings...

julya lim, you're right, what we see also from our family members , is one factor in developing us. Thanks for commenting.

Anyone and everyone is shaped by their perceptions of the world around them, young and old. The only difference is that the youth do not have preconcieved notions about what is right or wrong.

Why strive to change all media when the more effective and purposeful method of changing this would be encouraging parents' personal responsibility in controlling what young children watch (Why are they watching at all?! Go play outside!) and raising them with common sense and clear perspective?

You have a good point Amber. And that is what I usually do with my grandchildren.

But I am speaking in behalf of the growing majority of those who belong to the lower economic strata which I can say, I am not far from. Both of us are working but still, we have to tighten our belts to make both ends meet. What about those who have one parent working? or both parents without work (because of lack of education, sometimes even with it)? TV is the only " practical" means of letting the child stay inside the house where the mother can watch all her children (sometimes, more than 4). I have seen such dismal occurrences.

Thanks for that good comment. I agree with it, within normal circumstances.