LEARN WHY TV HAS MORE SIGNIFICANT EFFECTS THAN MOVIES.

Based on a study edited by C. Kay Weaver and Cynthia Carter, “ An American child is born into a home in which television is on average of more than 7 hours a day. For the first time in human history, most of the stories about people, life, and values are told not by parents, schools, churches, or others in the community who have something to tell, but by a group of distant conglomerates that have something to sell. ” . This statistic is derived from an American study, nevertheless; it reflects also the viewing culture of children around the world, including the ..

If this is the case, then it has more influence than movies and books. The growing child is exposed to this medium more than 7 hours a day - day in and day out, and while it is true that parents could supervise their children’s proper TV viewing, oftentimes parents fail in this endeavor due to several reasons. 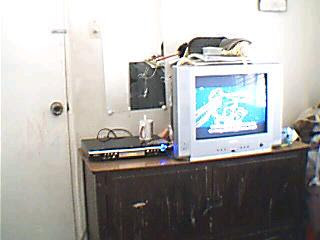 One of the main reasons is poverty. One of the most common forms of entertainment for poor families at home - is the TV. This is because it is relatively cheap to maintain. You spend only once when you buy it and then it takes minimal expenses for its long term use.

Sometimes, both uneducated parents scrounge for a living, and leave the eldest to take care of his/her siblings. The only desire of the eldest child would be to keep her siblings safe inside the house while she does the household chores, and TV is how she can do it. That is why a TV set is one of the most popular forms of entertainment for low income families. They would try all ways and means to at least buy a TV even if it’s the smallest screen. Even in families belonging to the upper economic strata, this scenario happens too under the household help’s indulgence.

In some cases, parents are at home, while the child is watching; but because they don’t consider the effects of TV violence significant, they just leave the child unsupervised, not aware that their child’s character formation is taking place, right then and there. Whether we accept it or not, we do oftentimes ignore to supervise the TV programs that our children watch.

The effects of watching violence day in and day out, (even from cartoons) may not be instant. The term Weaver used to portray this gradual formation is “cultivation”. “Television tends to cultivate and confirm stable conceptions about life.”

If the local TV industry continues to turn a blind eye and a deaf ear to these issues, just to maintain their high TV ratings, then the country’s moral fiber will continue to deteriorate as years go by. The children who are watching television now will be the future citizens and leaders of our country. What will be inculcated in their growing minds - if rampant violence on TV continues to prevail - would be the notion that violence is the only solution to problems. 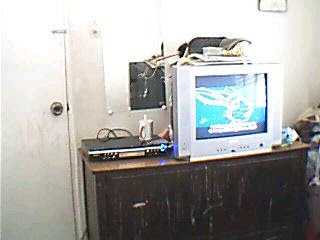 We may not live long enough to witness the chaos that violence causes in the lives of our children, grandchildren and our great grandchildren; but would we be happy to die knowing that we did not do anything to avert this future occurrence? That we were silent witnesses to the process which brought them there?

Let your voice be heard! Do not be among the silent majority!

Do sign my guest book to support my campaign!

I assure you, I won’t be asking for any donation or too personal information.

I like your advocacy since tv is free and children can watch anytime.

Since local and foreign movies are now weak due to rampant privacy and other causes of inflation rate, telenovelas are the replacement.

However, I notice that the sensorship are now getting loose in terms of kissing scenes, languages and effects. Again, our chidren are at stake so we now avoid watching such type of shows.

Just hope our authorities can do something about it.

Thanks and more power.

Angel, thanks for the comment. I hope we can make more parenst aware of these fact. I hope you can help me in this campaign.

Television can be good to our kids. It can be a source of learning.

However, too much television can have negative effect especially when our children watch the wrong shows such as shows that depict violence, which lead our children to be aggressive.

Parent must monitor the kind of show view by their children

Yes Ethel, I absolutely agree with you. I am against TV violence, because based on several researches, it definitely affects children's behavior.

Thanks for the visit. I a conducting a contest if you would care to join. Pls see above announcement.