UNDERSTANDING THE BAD EFFECTS OF TELEVISION ON OUR CHILDREN 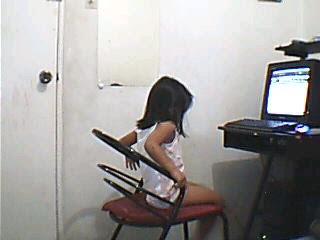 Just like any other invention, television was created to be useful to mankind. It gives us immediate information and a good form of entertainment especially for our children.

This prevents them from leaving the house which makes them safer. Not to mention that it still does not cost much. Nothing can take its place even now that we are in the computer age.
But television has also its negative effects on our children.

Here are some of them that we as responsible parents should be aware of:

Laziness in school
This is not a surprise to me if your child is a TV addict How to avoid your Child to be a TV Addict. Although he might be going to school regularly, his mind is full of thoughts about his favorite show that is not really suited for him.
He will start to loose his interest in his studies which will eventually lead to laziness. He will spend more hours in front of the TV rather than reviewing his notes. His excitement in going to school will be replaced by the enjoyment he is getting from these shows.

You must teach your child how to balance his time well.
Negative behavior
There are other possible behavior changes other than lost of interest in school. Being violent is another major negative effect. This is because violence is also present in some cartoon and superhero type of shows.

For a young boy, imitating a superhero is nothing but normal. But it differs when he does the action. Superhero in cartoon shows are now different, not only in their attire or appearance but also in the weapons that they use.
Showing disrespect and early awareness of sex can also manifest in our child. This is because of the language and romantic scenes that are not being regulated properly.
Neglect of Health
Watching TV can also make your child lose his appetite in his food. That is why you should not watch while eating. It will divert his focus - and worst of all; your child may skip his meals.
Since your child is spending long hours in front of the TV, exercise will also be taken for granted. His time in running, walking and other daily physical activities will be reduced. In addition, he will not get enough sleep if we will not limit his watching time. Since we are working the whole day, we might not notice that we are neglecting the health of our child.
There may be other bad influences our child can absorb from watching television, but one thing is for sure we must control them.
Stricter rules for television shows should be implemented by the government but show producers and the TV industry should cooperate.
We as parents have also a major responsibility. We should be the first ones to take full control of our children. We can only do this if we give extra care to them by monitoring their daily activities very closely. 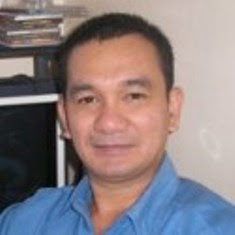 Guardian Angel of- Happy Family Matters is a Filipino engineer who found himself more comfortable in writing letters instead of numbers; and interacting with humans rather than machines. He maintains two very succesful blogs and does well with both of them.

For more effective parenting tips, successful marriage tips and other family issues, please feel free to visit his blog at Happy Family Matters , and for successful blogging and blogging tips read his very informative posts at Humane Blogging Tips.
Posted by Jena Isle at 2:19 AM

Wow! I can't believe you even exerted some effort to put my photo in it.

Thanks for posting my guest post here. Much appreciated.

Of course Angel, it's my pleasure. Thanks again for the article.